The darkness consumed the last light of the day yesterday, as it exited in a mass of fiery yellow-orange clouds. The color spread everywhere across the sky, eventually turning pink, and then grey, while I captured what I could with my camera. I was riveted, as I often am, unable to take my eyes off it. But no matter how much I didn’t want to let its beauty out of my sight, I was unable to stop it, even for a moment, from continuing towards nightfall. 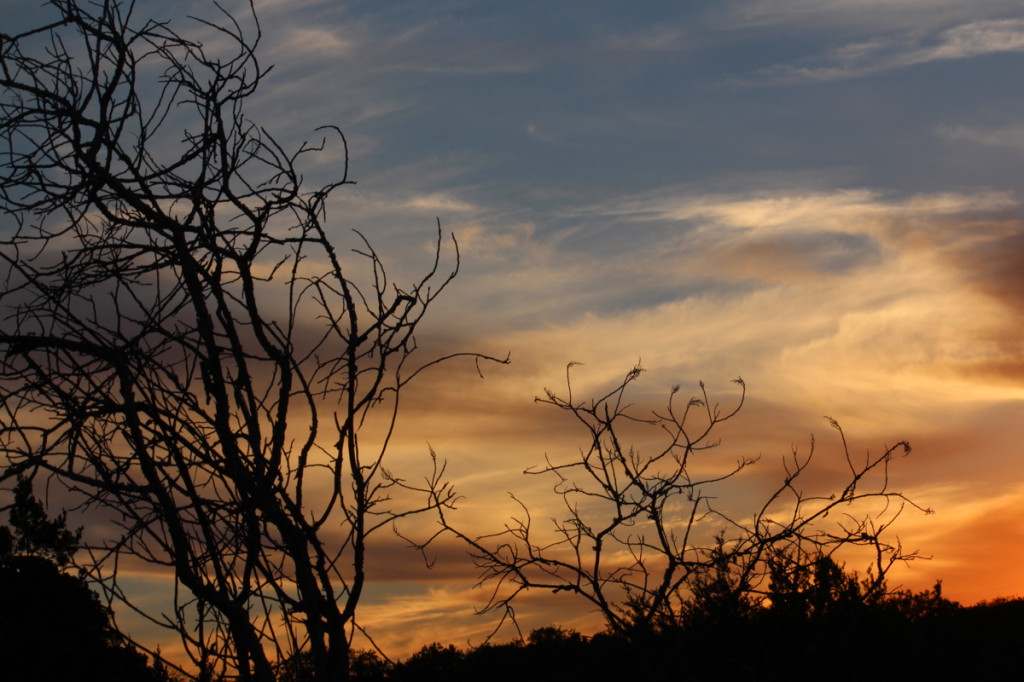 I thought of how a sunset is the flaming out of a day. Its exits the stage of time, leaving behind its singular day in history, its unique exiting footprint, never to be exactly repeated. Sometimes it gracefully glows as it quietly departs. I imagine it royally blushing as if it can’t help itself. 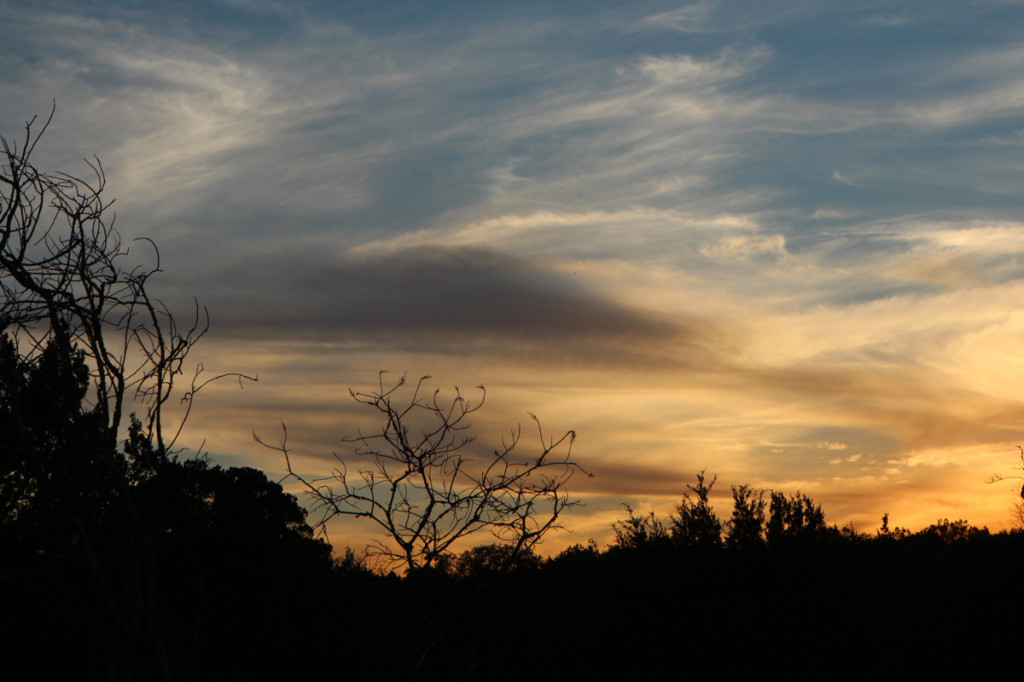 Other times it seems to huff out in a roiled, but playful, jumble of varied colors and clouds. On particularly moody days, it stubbornly scowls its grey disapproval. And then there are the exits like last night, joyous, and colorful; when it twirls off stage in an insistently flashy blaze of glory. It spreads its arms out in every direction, trying to make sure when it’s forced to go, it won’t soon be forgotten. 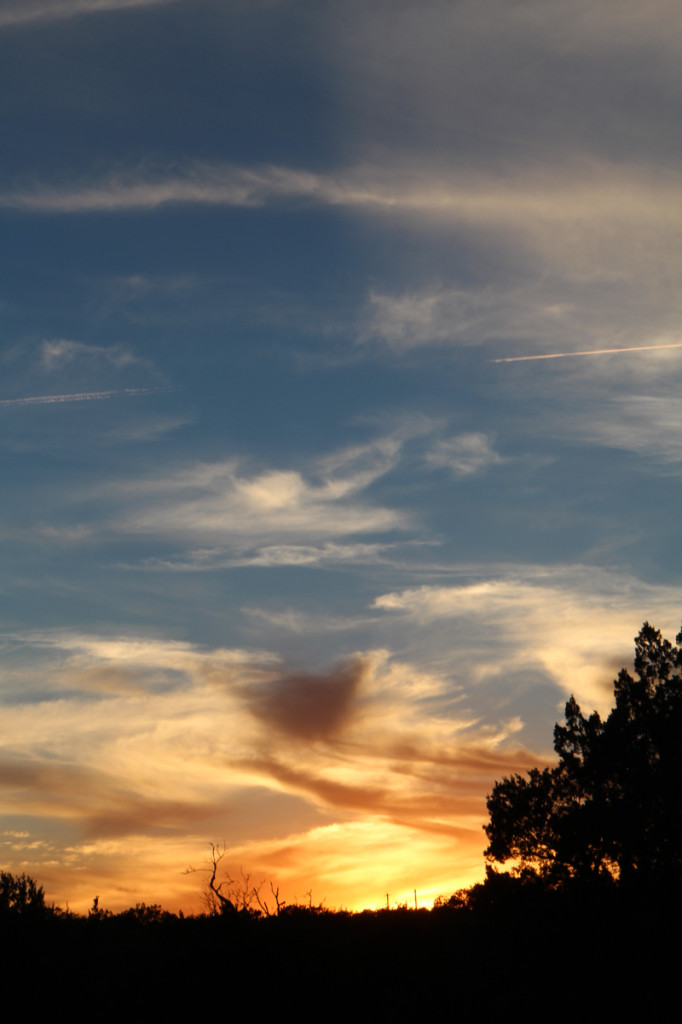 But no matter what its method, soon enough it is always consumed completely by an impatient night, which will not be deterred from arriving. The next morning, a fresh day that’s never been seen before, relentlessly pushes its own moments forward. I don’t know where it gets its energy, but it shows up filled with the juicy promise of time…time…where everything happens and anything can. It often arrives with its own glow, bursting out of its seams and rolling the night back….and then it immediately takes up the task of continuing the cycle, consuming itself moment by moment, as it marches across the stage to its own exit coming soon.

Despite my efforts to be present, to live in some moment, I am unable to stop this helpless consumption of time. No amount of meditation, or conversely, cursing, makes me strong enough to grab onto even a single moment of it. Perhaps I can create an illusion for myself to the contrary, but the truth is, I cannot possess it for even a second. I am forced to consume the next, because this one has expired, and the next, and the next, until I am one day no longer aware of my consumption of moments…until I am no longer consuming those moments…and until, at some undefined time in the future, there may be no one remaining to consume them. Even then, moments will continue to consume themselves, relentlessly…just as they do now, as they do while I’m writing, as they do while you’re reading. 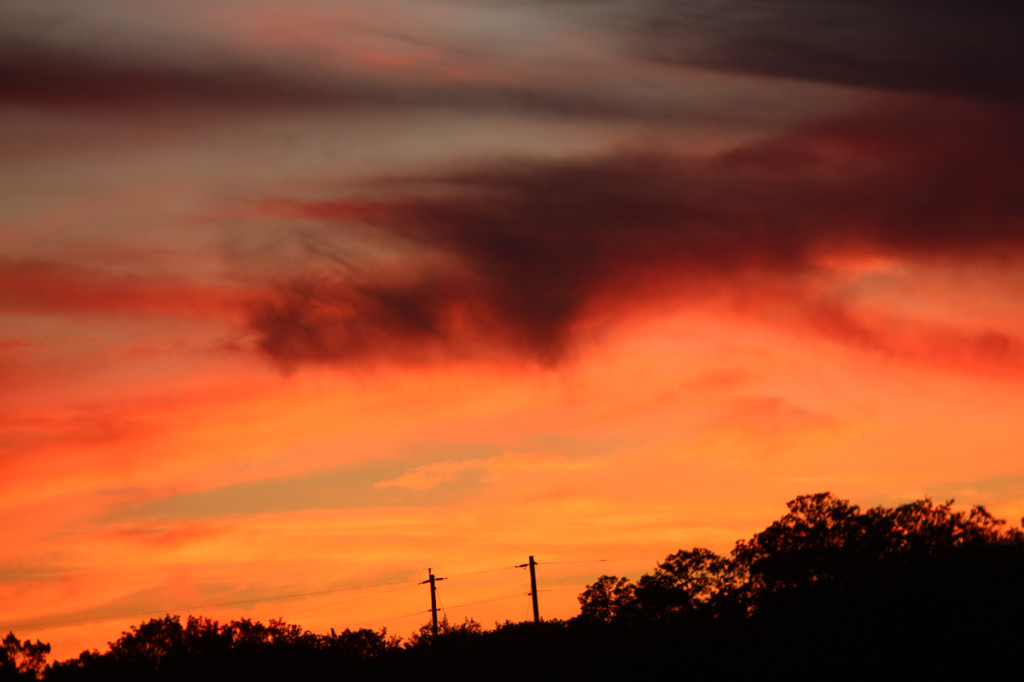 I do not know when, or why, I started thinking of time in terms of moments being consumed instead of as simply ‘passing’. It feels more honest. What if I hoped it would create a new urgency in me, at a time when I found myself often hoping they’d hurry up and go away, wishing they’d eat themselves alive on their way out. For a long time, I struggled to care about so many of those moments, that perhaps changing my view of their disappearance was an attempt to compel myself to maximize each one of them, even the ones I don’t like when they’re here. I don’t remember the origin of this change in my view, but it has been in my mind this way for at least a few years. Sometimes thinking about it this way stays quietly in the recesses, and other times it fills every inch of my awareness with its insistent truths and frightening ramifications. 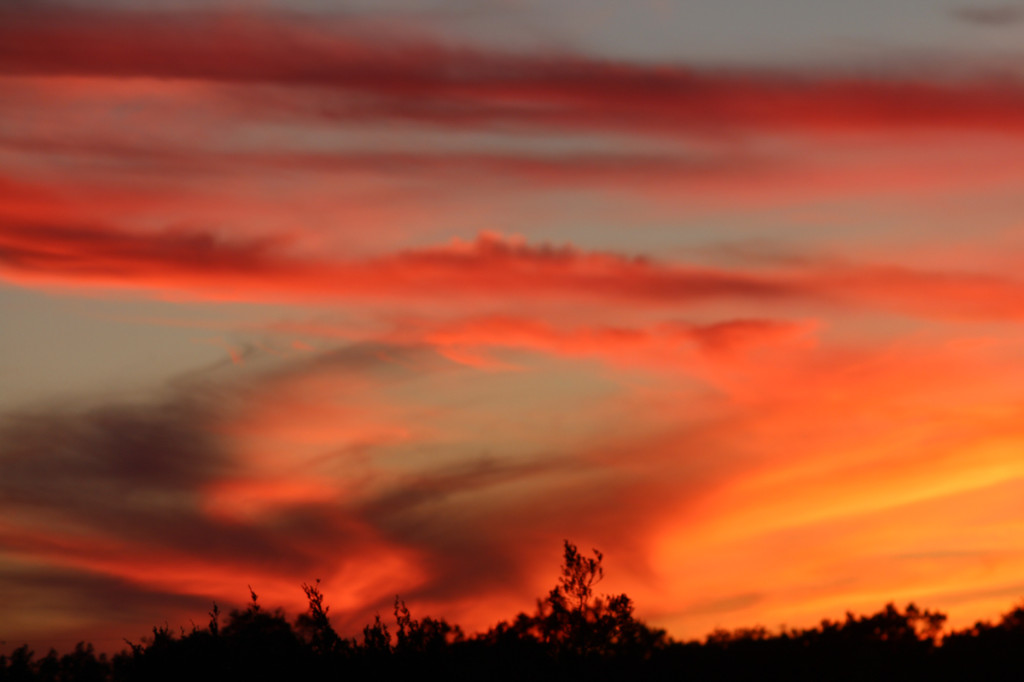 As I stood there in the silence that surrounded me during the sunset last night, I will admit, I felt quite challenged and saddened by some of both the unexpected and expected moments my day had been filled with. But I was also humbled and grateful for some treasured moments when friends came forward in different ways, reached out, showed up at just the right moment, and gave me some of their own moments as an offering of connection and care. They made the rest of the moments more bearable. 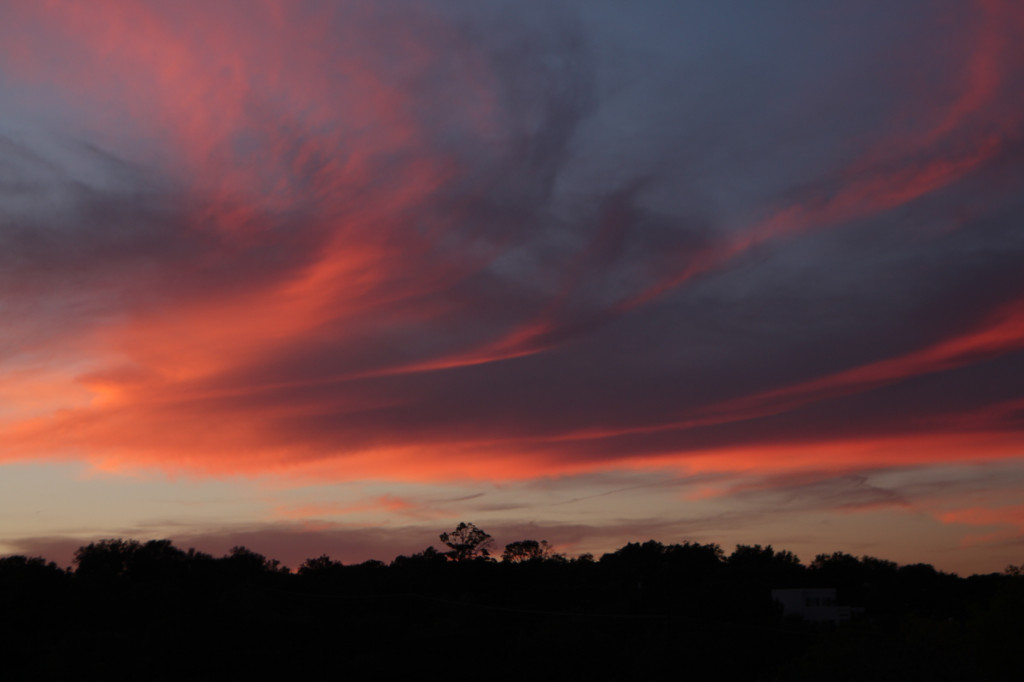 The moments I played some new music, the moments I loved on my doggies…the moments my work went well…they are moments I loved. They are moments I understand deeply were served up and had to be consumed along with the others I wasn’t so fond of. And then the sunset had its own glorious moments, making up for what it could with a grand display and then making a most extraordinary exit, showing off its brilliance as it consumed its last moment on the way off stage. 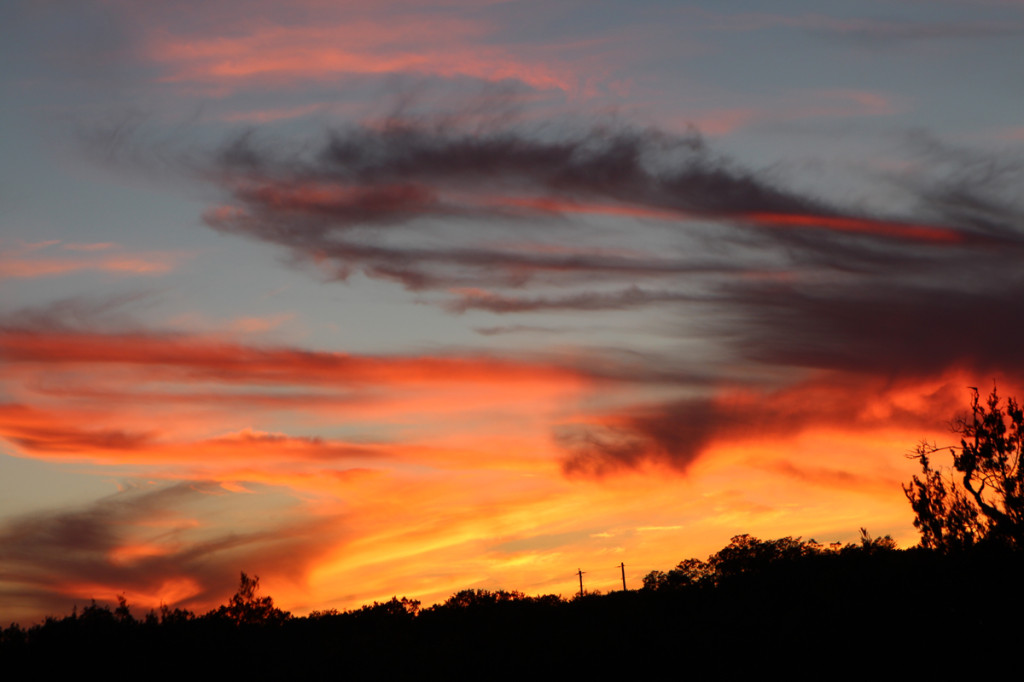 I spent the remaining moments, before I found my dreams last night, writing my previous piece about the bird of paradise in my garden, and reliving the sunset by looking at the pictures I took. 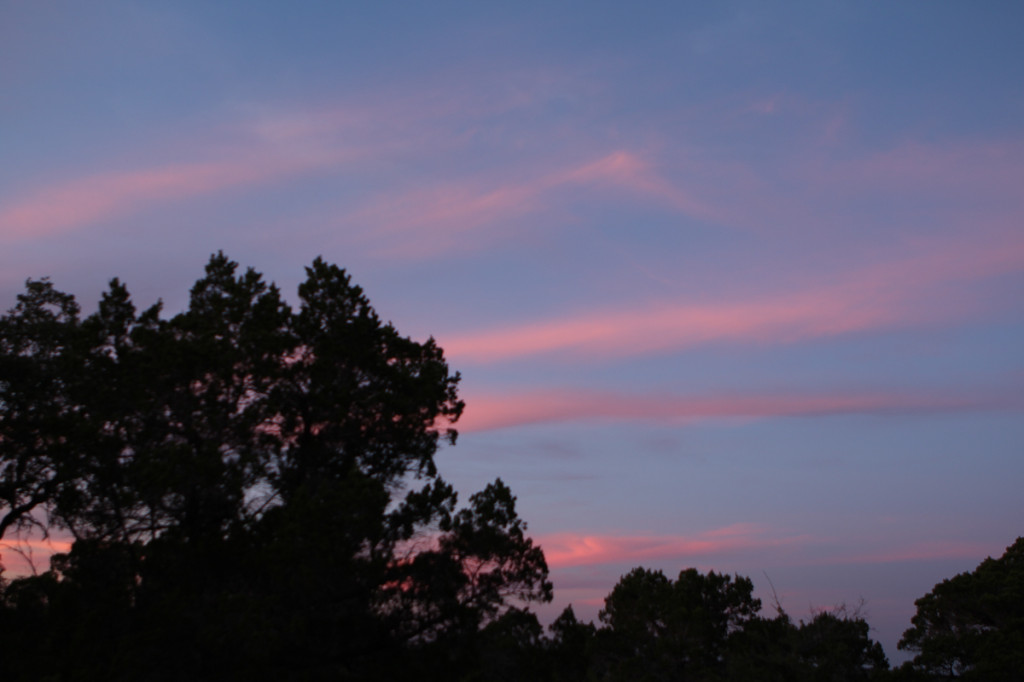 In the background, though, on a deeper level, for some reason, I kept catching myself thinking about consumption in a variety of ways. It kept me up quite late, and when I began this piece today, I certainly intended to give my hands the space to pull what I was thinking about it out of my head, so I could look at it more tangibly, and perhaps get it off my mind. 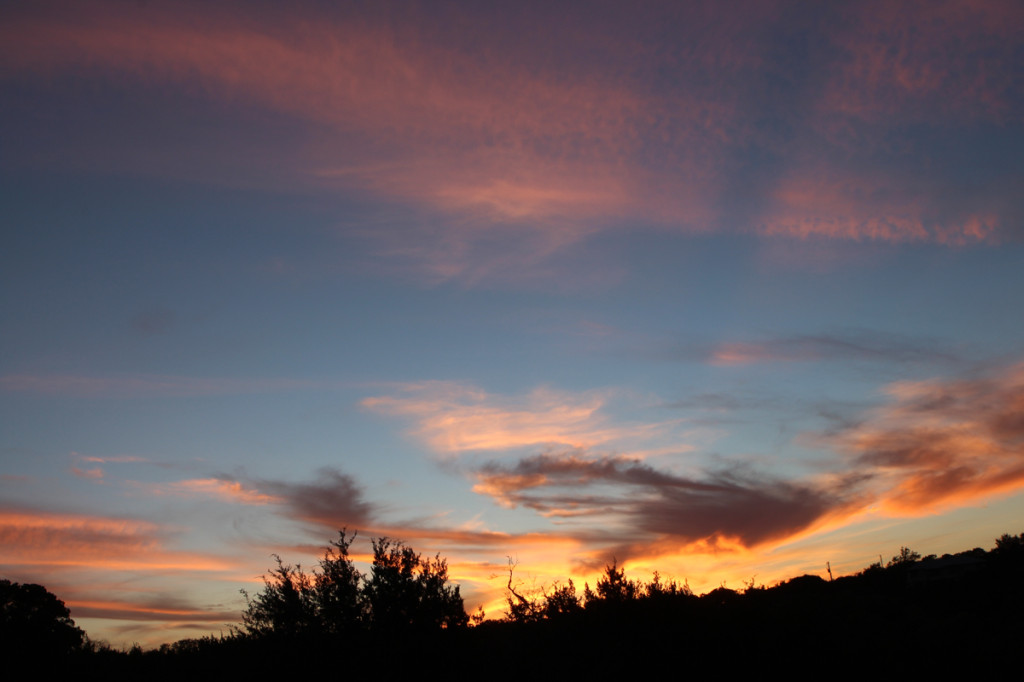 But what I wrote to start with is completely different than what you’re reading now. What you’re reading now didn’t show up until the moment I went to put what I thought was going to be an opening paragraph containing a brief explanation of why consumption has been on my mind. It was going to preface a list I wrote describing why I continually consume, why all of us do. Obviously that’s not how this piece turned out. 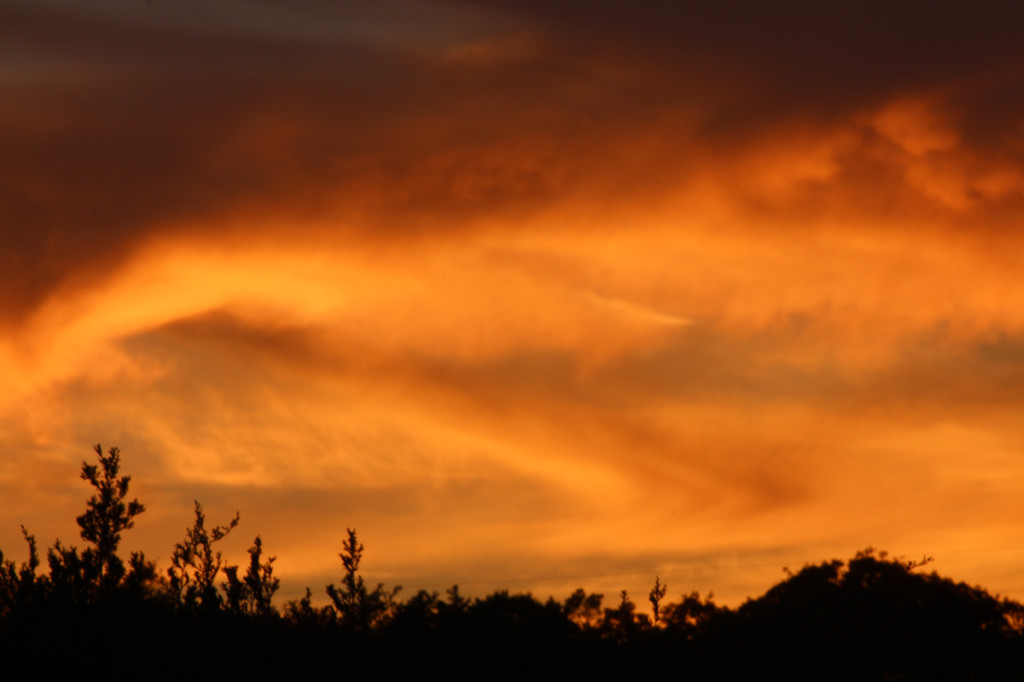 I will save that list and my consumption musings for another moment in time. Instead I will trust that this is the right thing to post now, because what’s most important for me to wake up to, to process, to write down, grasp and sometimes share, seems to have a way of showing up for me at what usually turns out to be the right moment if I let it…just like my friends do.

And often, once I get what I’m thinking about and want to say out of my head, I discover I understand it better and am able to accept letting go of whatever there’s no point in hanging onto, whatever I cannot solve. Hanging onto those things is like trying to hang onto my moments. 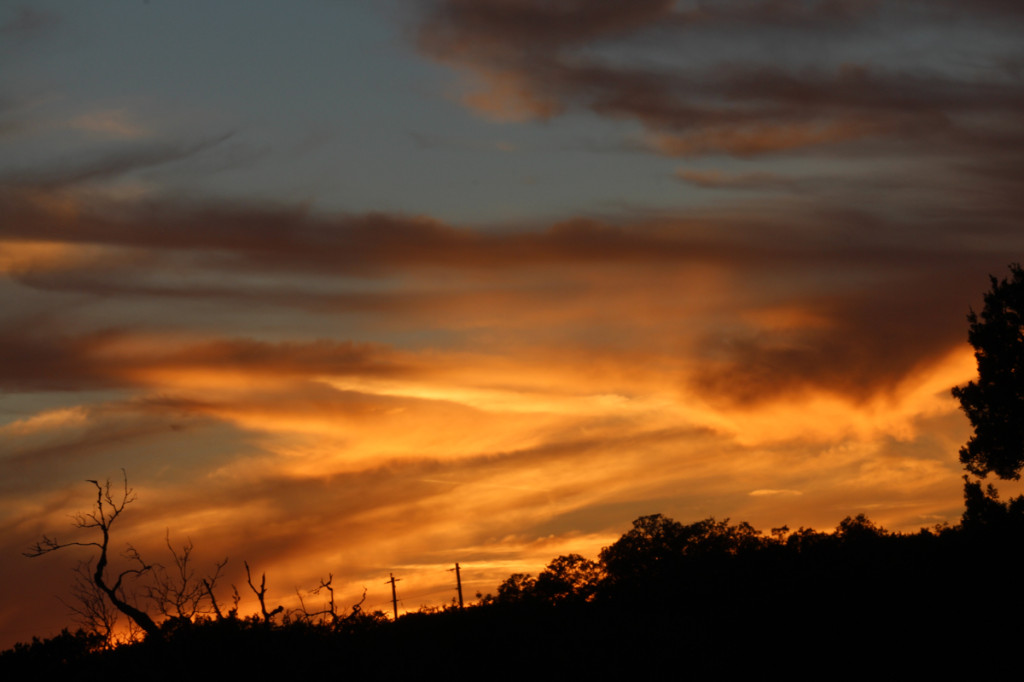 When I read where my writing unexpectedly took me today, I’m aware that I haven’t discovered anything new. I know I’m not communicating anything people don’t already know at the core of their existences. It’s not a new concept; but having a strong visual in my mind supports me on my own journey as I continue to try to accept, with all its ramifications, that time is a precious, non-renewable resource, marching moment by moment across a stage. 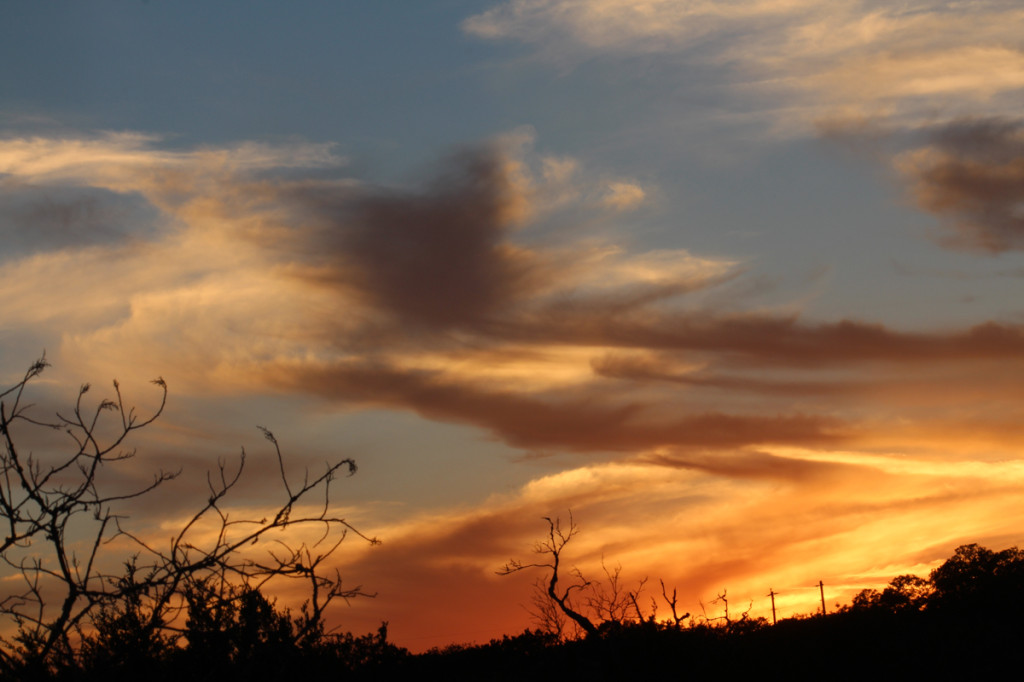 Time is the most critical resource being consumed by each of us, and while I can’t do anything about this consumption, I do want to make the most of what moments I have. 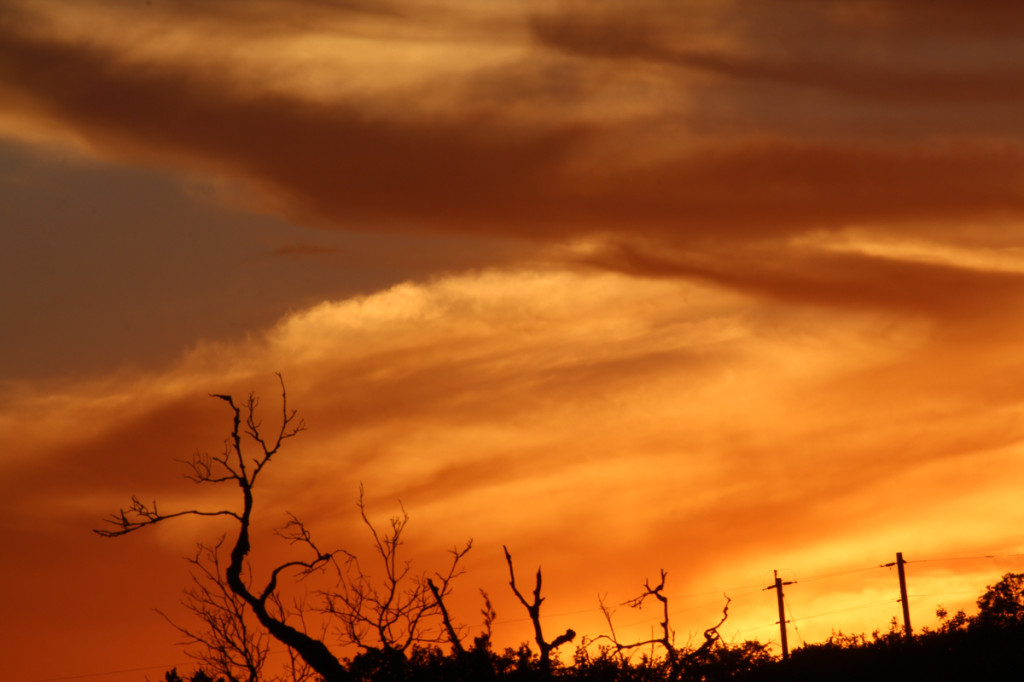 What if my moments line up in such a way, that I exit my life’s stage in a blaze of extraordinary glory? At the very least, I’d like to say Tata! in a most colorful way. And between now and then, I want to live in such a way that when I’m out of moments, I’ve left good memories behind for, and been valuable to, the people whose lives have intersected with mine. I want my arms to have reached out far enough in a meaningful way, that it’s not soon forgotten, just like I won’t soon forget the sunset from last night. 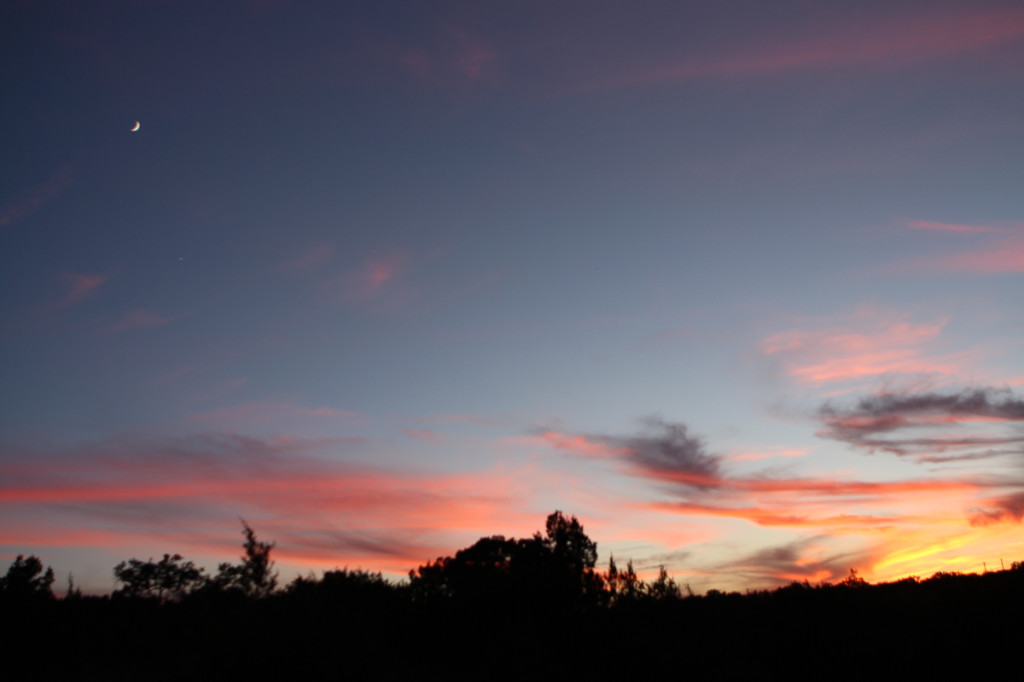 I hope the moments you consumed reading this, and looking at the photos were memorable for you. And speaking of friends, in case you didn’t already know, the moments of connections with my friends and the world around me are really the moments I cherish the most. I am always, always humbled when you take the time to read what I write and reach out to respond.